Because of circumstances beyond my control, I stayed at home in Woodstock, New York instead of going to September’s Americanafest in Nashville to promote my new book, Americanaland: Where Country & Western Met Rock ‘n’ Roll. I’d certainly planned to attend, but the Delta variant and the many folks who refuse to be vaccinated left this old guy reluctant to navigate a Covid hot spot to spend days in conference rooms and nights in crowded clubs. Made me consider a title for a new tome: Americanaland: Where Stupidity Stumps Science. But enough about me; let’s talk about my book! 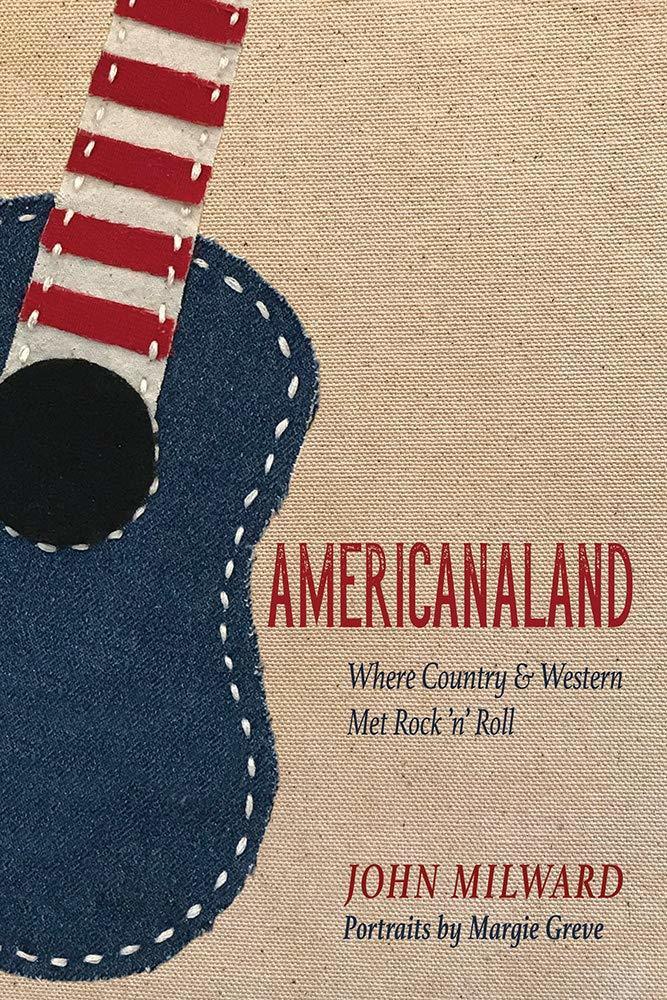 I spent nearly four years researching and writing Americanaland in an isolated bubble of reading, writing, combing through 40 years of my own journalism, reading some more, and forever editing and rewriting. Publishing a book with the University of Illinois Press required two different peer reviews, one by a pair of writers conversant with the subject matter, and another by a couple of opinionated academics. Questions were asked, answered, and resolved; the text then went to a conscientious copyeditor who pored over the nuts and bolts of the prose. I hired an old friend and ex-librarian to create the index and along the way he thankfully caught a few lingering mistakes. The manuscript finally went to print accompanied by 27 portraits (including Willie) created by Margie Greve using cloth and embroidery floss. 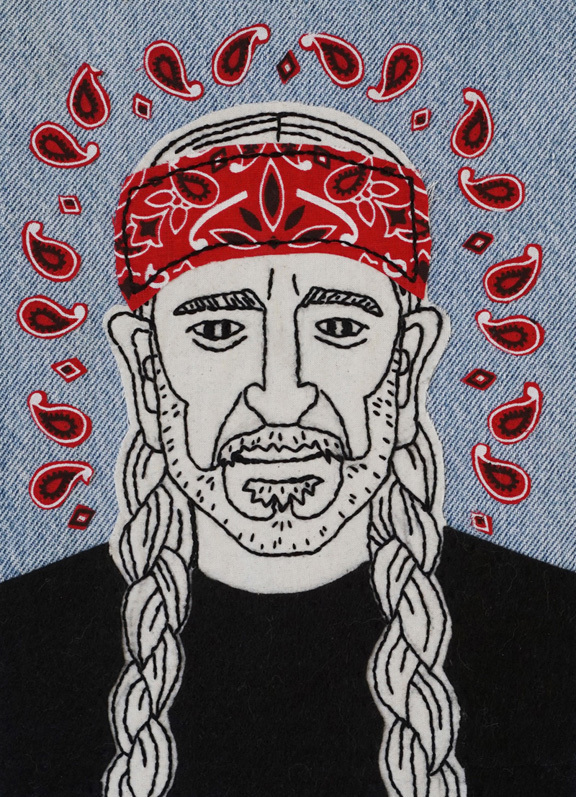 After the relative isolation of writing a book, promoting the product is played out in public. Preparing for publication, we sent advance copies to the usual suspects including contacts from my decades as a music critic. Out of the blue, LibraryJournal gave it a wonderful, starred review (https://www.libraryjournal.com/?reviewDetail=americanaland-where-country--western-met-rock-n-roll-2116029). This was significant because it prompted many libraries to buy the book, though particulars now gnaw at this author’s gut—like how come the book isn’t in the Los Angeles Public Library but ready to be borrowed in Santa Monica? San Francisco is in, but what's with Berkeley? If you think such google searches make me sound positively anal, you don’t want to know how many times an insecure author checks the Amazon sales ranking. Did you know that the sales of just a handful of books can result in climbing up above hundreds of thousands of other books?

The wait for reviews that might not come can be excruciating. As the weeks pass, one looks with decreasing hope at the weekly “10 New Books We Recommend” in The New York Times and the “In Brief” column in the New Yorker. I anticipated a review from No Depression, the self-proclaimed “Journal of Roots Music” that I wrote for when it was a print magazine, but it never happened. Ironically, a British publication named Americana UK came through with both a review (https://americana-uk.com/book-review-john-milward-americanaland-where-country-western-met-rock-n-roll) and interview (https://americana-uk.com/interview-john-milward-talks-about-his-new-book-americanaland-where-country-western-met-rock-n-roll). To keep my anxiety at bay, I busied myself creating Spotify playlists to go with each of the book’s seventeen chapters (plus the introduction) and launched a monthly podcast that mixed a taste of the text with great music. (Both can be found by searching my name or Americanaland on Spotify.) My spirits rallied when Tennessee’s Chapter Sixteen ran a to-die-for review by novelist David Wesley Williams that also ran in the Knoxville News Sentinel and the Memphis Commercial Appeal (https://chapter16.org/americanaland-the-beautiful/).

A new book calls for a splashy hometown event, and Woodstock’s Golden Notebook agreed to sell books at an event held in the lounge of the Bearsville Theater. Woodstock is the biggest small town in Americanaland, and was the one-time home of Bob Dylan, The Band, a string band of influential instrumentalists (including John Sebastian, Bill Keith, Happy Traum, John Herald, and Eric Weisberg), and the man who was a pioneer of music management, Albert Grossman, whose clients included Dylan, The Band, Paul Butterfield, and Janis Joplin.  Grossman, who died in 1986, also built the Bearsville Theater, located a stone’s throw from where Dylan had his famous motorcycle accident. The theater (and a surrounding constellation of restaurants) had fallen into disrepair in recent years, and was purchased by Lizzie Vann, who invested part of the multi-million-dollar fortune she’d made selling organic baby food to restoring the property. Lizzie wanted to charge a $10 admission for the event, which I argued would not be helpful in trying to sell a $30 book. When Lizzie kindly relented, Margie  gifted her the Dylan portrait from Americanaland. Meanwhile, I booked my band, the Sunburst Brothers and the Cousins, who played for free books. 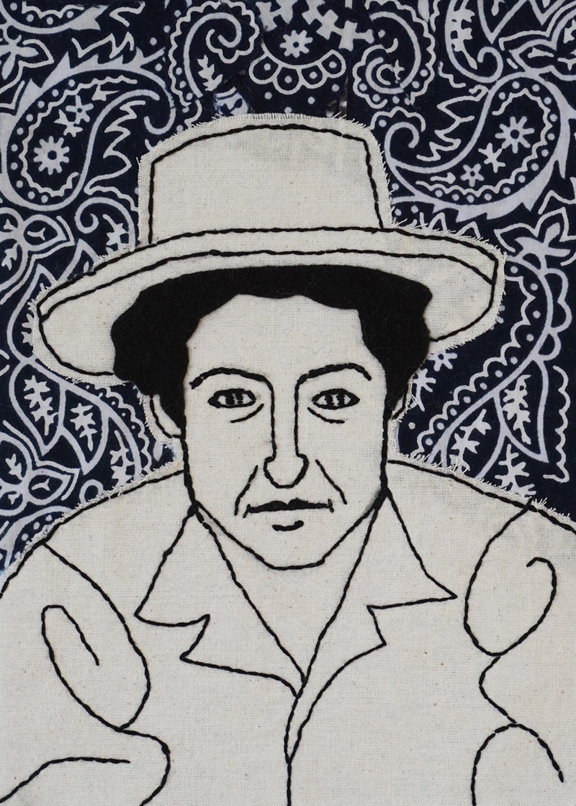 On August 22, the day of the event, Hurricane Henri was bearing down on the east coast and promising to bring heavy rain and punishing winds to the Hudson Valley. Lizzie called in the morning, and we decided that Henri be damned, it was on with the show. I added the Everly Brother’s “Crying in the Rain” to the Sunburst Brothers’ set list and continued to polish the script for the reading. Beirne Lowry arrived at the theater with a collection of GoPro cameras to document the reading. Despite the stormy weather, the reading played to a full house, with a healthy showing of friends and competitors from the Woodstock Tennis Club. It’s a toss-up as to whether I sweat more performing music or playing tennis, and public speaking added another element of tension to my personal experience of the event. But in the end, the prose, the music, and an appreciative, book-buying audience made this author a happy citizen of Americanaland. Now excuse me while I check today’s ranking on Amazon.